The Canadian Oilseed Processors Association (COPA) announced they will no longer be providing the weekly crush report.

Canadian producers now have one less, up-to-date resource for information.

The Canadian Oilseed Processors Association (COPA) announced they will no longer be providing the weekly crush report. Canadian producers now have one less, up-to-date resource for information.

With the weekly report now gone, members will now have to wait for the monthly report from Statistics Canada to come out.

This is a problem considering there’s a few months delay in getting the information out.

The crushing report documented the total tonnes of canola and soybeans crushed by COPA members. It also provided the percentage of crush capacity utilization.

Interestingly enough, a few weeks prior to this announcement, Richardson International shared they will no longer be funding either national organizations for soybeans and canola.

The Canola Council counted on Richardson’s million-dollar annual contribution. Now for the 2018 year, they have some serious funding decisions to make.

What’s ironic is that Richardson had been asking the Council to reconsider the structure of their organization and who they dispersed the funding.

Richardson had been hinting that they wanted to consider a multi-commodity approach. Instead of having a council for each commodity, multiple organizations have wondered if combining the oilseeds into one council could be cost effective.

However, Richardson especially stated it would take more than just the creation of this multi-commodity council to bring them back. They’re looking for some serious structural and financial tune ups within the current organizations.

So, did COPA cut the weekly report due to lack of funding?

Moreover, is Richardson is behind this move as well?

Ultimately, here at FarmLead, we think that transparency is king. And it’s frustrating to see these sort of moves when, in places like Argentina or the US, there is pretty solid visibility as to exports and domestic use.

Whether it’s just merely a coincidence COPA quits the crushing report after Richardson leaves is as much my guess as anyone’s.

But it’s definitely something to think about as the Council attempts to move forward in this uncertain time.

In the “COPA weekly report of member crushings” published on Friday, the Canadian Oilseed Processors Association says it is immediately discontinuing the report.

The weekly update shared information on the total tonnes of canola and soybeans crushed by COPA members, as well as percentages on crush capacity utilization.

“COPA has streamlined industry priorities and identified publication of the Weekly as a lower priority for its members,” executive director Chris Vervaet tells RealAgriculture. “COPA’s priorities will continue to focus on promoting the growth and competitiveness of the industry in Canada.”COPA says data on canola crushing will still be found in Statistics Canada’s monthly Report of Crushing Operations. COPA will also continue to update annual/monthly crushing statistics on its website.

H/T: Real Agriculture
About the Author 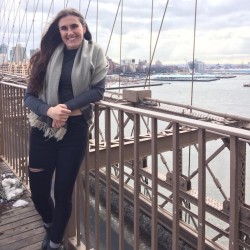