Back to All Content
FarmLead’s 2019 Flax Market, Prices Outlook

We recently gave a recap of 2018 flax prices, but in this FarmLead Insights article, we’re digging into where the flax market is going in 2019.

Why the Flax Market is Watching This Country

Over the course of the past two decades, Kazakhstan has become one of China’s largest strategic partners in the post-Soviet era, with a rapidly-expanding commercial cooperation between the two nations.

Back in 2013, President Xi of China announced intentions to build a new Silk Road that would link trading nations along ancient trade routes to Europe [1]. With significant investments over the last 20 years and due to its geographical proximity, Kazakhstan is set to re-emerge as a trading hub in Central Asia. We saw re-emerge, because way back when, Kazakhstan was actually part of the original Silk Road into Asian markets.

Opportunities are significant for trade as local businesses will benefit from cheaper costs of imports and exports, as well as services to freight forwarders and railway [2].

With over $43 billion USD of Chinese investment so far in Kazakhstan infrastructure, as well as warming relations between Kazakhstan and China leaders, we will undoubtedly see rapid development in trade agreements between the two countries.

So how does this affect the global flax market?

Being mindful that (i) Kazakhstan has surpassed Canada in both flax production and exports in 2018, and (ii) China’s appetite for Canadian flax; the deepening relations between Kazakhstan and China could foreshadow a gradual decline of Canadian flax in international markets.

Looking at the annual average Canadian flax exports, China consistently is by far Canada’s largest export customer. In the past 3 years, on average, China accounted for nearly 60% of all Canadian flax exports. The second largest export destination is Belgium. In the near term, Kazakhstan will immediately compete with Canada for flax exports to Belgium – where most of the Belgium flax is then processed and shipped to China [3].

In terms of Canadian exports directly into China, Canadian flax quality is still superior to Kazakhstan flax quality. However, this factor is unlikely to remain a deterrent; thanks to continuous improvements to agriculture technology, Kazakhstan crop quality could soon advance to the quality observed in Canada. The flax market is not overlooking this fact.

So what should the flax market expect for 2019?

Naturally, when we see year-over-year declines in Canadian flax production and a corresponding rise in flax prices, this would indicate more flax acres in the upcoming crop year. This is especially true when producers are looking for any sort of ROI in the depressed state of the pulse and durum markets. Thus, in Canada, we would estimate that flax acres could jump by 20% to back up above 1 million acres in 2019 (just 857,000 acres were planted in 2018).

However, we have to wonder: does the flax market have sufficient demand both domestically and internationally to justify this sort of increase in acres without a significant price decline?

Something to consider is that 2018/19 marketing year-to-date Canadian flax exports are 7.1% lower compared to the same time a year ago. Based on the latest projections by AAFC, total crop year flax exports are expected to total a mere 400,000 MT. This is down 22% year-over-year.

The other important market to consider in terms of 2019/20 production is, again, Kazakhstan. In this Black Sea country, the flax market has seen a bit of depression in terms of prices, namely because of their 2018/19 bumper crop of 700,000 MT. As a result, we could see Kazakhstan decrease flax acres in the next planting season.

There is growing consensus among economists worldwide that we are seeing a slowdown global economic growth. Canada continues to exhibit characteristics of an economy in the mature phase of the growth cycle. The heavy collapse of Canadian oil prices are only starting to cause ripples throughout the economy. Concretely, it’s starting with lags in energy investment and energy exports. The direct impact to Canadian GDP is a 0.15 percentage point decline in 2019 [4].

The most significant economic development going into 2019 is the U.S-Mexico-Canada Agreement (USMCA) – essentially a rebranded NAFTA but with notable revisions to the auto sector. [5] Otherwise, the USMCA contains no major shocks to the cross-border trading landscape.

However, the new deal has a new controversial clause that could hinder efforts for Canada to deal with “non-market” economies – most notably China. The clause requires the USMCA member country to provide notice and information to the other two partners if it plans free trade talks with a “non-market” economy, and gives the other partners the ability to influence the text of such a deal.

The “non-market” clause could prove detrimental to the progress of any notable trade agreements between China and Canada, a significant blow to Canadian exporters looking to expand into the largest consumer market in Asia.

In terms of interest rates, further hikes are anticipated in 2019. The Bank of Canada has cited that the neutral range is between 2.50% to 3.50%. A stronger Canadian Dollar would, in turn, negatively affect the attractiveness of Canadian grain exports.

For the U.S., the Federal Reserve just raised interest rates for the fourth time in 2018, despite some signals that the American economy is softening. As such, the Fed indicated in their December minutes that a more “patient approach” to raising interest rates would be taken in 2019. GDP growth in the country could reach 2.3%, but the growth (if any) would not be sustainable beyond the calendar year. [6]

From a currency perspective, oil prices will continue to weigh on the Canadian Dollar in the first half of 2019. Thereafter, the uncertainty of the Canadian federal election will likely push the Loonie lower, possibly into the 71 or 70 cents level.

Historically-speaking, there’s almost always a depreciation of the a developed country’s currency when it’s not exactly clear who is going to be leading the nation. In taking stock of today’s current political environment, a Liberal majority government in Canada will not be repeated in the October 2019 federal election.

For the U.S. Dollar, there are some economic headwinds that the currency is facing. That being said, the U.S. Federal Reserve and Chinese-U.S. trade relations are likely going to be the biggest factors for the Greenback in 2019

Looking globally, there are significant risks to markets going in to 2019. Top of mind is a potential re-escalation of US-China trade, followed by spillover effects that would hit East Asian economies. In Europe, risks from Brexit and populism continue to weight on the outlook.

In the above sections, we’ve suggested that Canadian flax demand could be relatively weak going into the new year. However, we’re still mindful that ending stocks are quite low and supply could be tight if there are unexpected moves in the market.

In the above sections, we’ve suggested that Canadian flax demand could be relatively weak going into the new year. However, we’re still mindful that ending stocks are quite low and supply could be tight if there are unexpected moves in the market.

Comparing the AAFC estimate to current average flax prices in December 2018, we should expect a downward trend for the flax market as we enter into 2019. 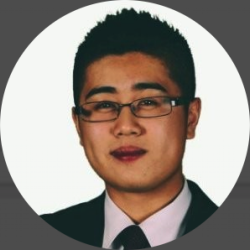