It would be naïve to ignore a more skeptical view, which is simply that crop protection, like many other chemicals, is becoming a commodity. Low commodity prices, combined with farmers’ access to a lot more data, are respectively increasing the pressure to reduce input costs and providing more price and performance transparency in the input market. Agronomic data is helping more and more farmers independently understand the performance of various hybrids and crop protection chemicals.  That data makes it much easier to objectively tell if a pricier branded product, or if a cheaper generic product performs equivalently, especially on an ROI basis. I always like to say: “Who cares how tall your corn is compared to your neighbors’ corn. At the end of the day, if they spent half of what you spent but still achieved 70% of your yields, they’re probably making more money than you!”

One might even argue that biotechnology itself will eventually become a commodity, with the dramatic cost reductions in gene sequencing, initial patents on GM technology coming to the end of their life, and the first examples of “garage biotech” appearing.

So…if you’re a player selling seeds and crop protection products that are facing commoditization, what do you do? One approach is to try to keep innovating and invent products that are truly different, better performing, and that your customers (farmers) will pay a premium for (and ideally you’ll want to patent or produce them thanks to a “secret sauce” that others can’t copy). But, per my post last week, creating blockbuster crop protection products is becoming increasingly difficult and expensive.

Another option is to merge with a competitor and get bigger. Merging, at its basic level, will get you economies of scale. (Any farmer who’s bought land but used the same equipment fleet to farm it appreciates this…) Merging and scale lowers costs by making it easier to squeeze your suppliers and makes it easier to optimize the efficiency of your production process (by closing less efficient chemical plants and further optimizing the best-performing ones). In a true commodity market, the players with the lowest cost of production always manage to make money – or at least break-even – in the worse price dips. These very efficient chemical producers just need to wait until their higher cost competitors can’t keep up with low prices and close shop, at which point the remaining players can raise prices since they’re the only ones left to produce the product. These “survivors” will then make some good money – at least until they are making so much money that their competitors decide to jump back into the fray!

Farmers are also acutely familiar with this phenomenon. When you can’t control the price of your grain, you focus on what you can control – which is your cost base, and make sure you seize the best sale opportunities when they come. (At FarmLead, we help with the latter by maximizing the market exposure any farmer can get for their grain). Remember when corn prices were high for a few years? It seemed like everyone and their mother was either quitting livestock to grow grain or buying marginal or uncleared land and bringing it into production. Now it’s hangover time… and at some point, some of that marginal land or “new land” may take break if the cost of production doesn’t add up.

Scale, at a certain point, also allows you to exercise market power. Explicitly coordinating your production and marketing activities with your competitors is illegal in most markets, or at least only viable in markets where there is no “world police” (think international markets for oil (OPEP) and potash fertilizer – assuming everyone gets along at Canpotex and BPC). But even without an actual cartel, if you and 1 or 2 of your competitors are “big enough”, you can effectively set the market tone – thereby creating an oligopoly. When 2 or 3 players make up over 60% of the supply in a few core markets, there is a major risk of implicit collusion on prices, regional market “divvying up” and basically pricing power at the expense of their customers. In the case of seeds and crop protection, if anti-trust regulators aren’t careful, ultimately the shareholders will win, but the farmers lose.

Don’t think this is possible? Just take a look at US airlines. Over the last 10 years, it went from close to 10 airlines, to now 3 major airlines (Delta – ex Northwest and Delta, American Airlines – ex American Airlines and US Airways, and United – ex United and Continental). The result? Not-so-new planes (i.e. poor services and quality “products”), jammed-packed airplanes (“who wants too many planes flying out there if it means we all have to fight to sell seats and fill them up”), and higher prices for tickets. No one is explicitly setting prices or divvying up markets, but the major players understand that “if they all play nice”, the airlines win and the passengers lose.

Time will tell what impact consolidation will have on the agriculture input markets. 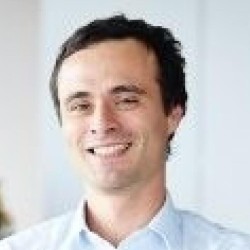 After growing up on dairy and cash crop farm in Eastern Ontario, Alain would go on to conduct  global agriculture strategy projects with McKinsey & Company’s Agriculture Practice. Fluent in French, English and Spanish, he holds a Bachelor of Engineering from McGill University and a Juris Doctor from Harvard Law School.