Back to All Content
Letter to Grainews: Grain Price Discovery in Post-CWB World Shouldn’t Be Hard

The following is a response to “Finding Grain Prices in the Post-Canadian Wheat Board World” by Brian Wittal.

In 1901, William Richard Motherwell, along with fifty farmers, formed the Territorial Grain Growers Association as a counter balance to the power wielded by major grain buyers to set and control the pricing of grain.

Their goal was to ensure farmers had a voice in the grain price discovery process and earned a fair price. Motherwell and the TGGAs successes was inspirational.

The spirit of the movement lead to the creation of the Alberta and Saskatchewan Wheat Pools, which in turn came to be a powerful voice for farmers in the pricing of grain.

The challenges facing farmers today are the same that spurred Motherwell and company that supported the ideals he championed, to move forward. We have looped back to a similar situation as the once farmer-owned wheat pools have transitioned into private enterprises with a focus on generating value for their shareholders.

As a result, the farmers voice in the grain price discovery process has diminished as a result.

While the solutions from a century ago have lost their edge, the problems remain the same. But just as before, new solutions are popping up to re-balance this grain price struggle.

The FarmLead Marketplace is one of these solutions. It is the neutral ground that all parties can trust to help them find a fair deal and execute their crop marketing plans.

FarmLead was born out of the agrarian culture of our ancestors. We believe strongly in grain price transparency for both sides of a grain transaction and have built our business around this concept.

Anyone can create a free account, explore grain listed on the Marketplace, converse, negotiate, and close grain deals, and manage the life cycle of those contracts. The Marketplace is a tool that helps both sides of the transaction understand local supply and demand pressures (and pricing strategies that goes along with it).

While FarmLead provides a robust and evolving Grain Price Discovery tool, the responsibility to use these tools rests with the individual. It sounds oddly like the problems faced over a century ago.

The difference is that today producers and buyers have a host of new tools, like the ones FarmLead have built for free, to help them. 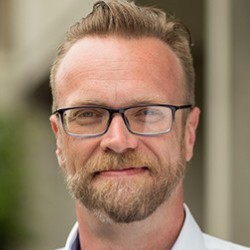 John From
Read More from John From
Most Recent Posts